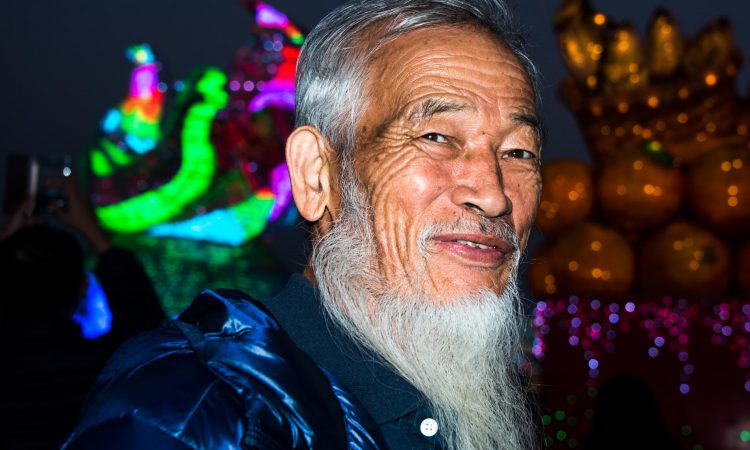 I write this on a bench in front of the Taipei Main Station. The other benches around the station is primarily used by beggars. When I pass their cups I sometimes drop a few coins. It is winter in Taiwan but with the sun out it is about 20 degrees Celsius.

My hostel is situated only two minutes’ walk from the main station. Two minutes’ walk if one chooses the right exit that is. Taipei Main station is enormous. It has three levels and handles both metro, normal trains and high speed trains. It is used by more the 500.000 passengers on a daily basis. Even though I sit outside a couple of hundred meters from the station I am on Taipei Free Public Wi-Fi that serves every Taiwan train station and other public areas.

My whole trip has been planned around the date February 11th. On that day (and that day only) the annual Lantern Festival in Pingxi takes place. Pingxi is about two hours of public transport from Taipei. I couldn’t get the date confirmed until recently so when I months back bought all my flight tickets I gambled that the preliminary date would stick. It did. The part of the festival that I was particularly interested in lasts only two hours – so getting there too late would be less than fantastic.

Unfortunately to fit everything in on my complete Pacific trip I had to fly in in the afternoon on the day of the festival – hence I did not know if I would be able to arrive in time.

In old times Pingxi was infamous for bandits robbing the remote village. For that reason, people started to release lanterns to warn the villagers if bad people were on their way. That tradition now has grown in to Taiwans biggest annual festival. Lonely Planet refers to the mass release of the lanterns in Pingxi as: “There are few sights more mesmerizing”.

The day before the festival I took a late flight from Palau to Manila. I slept 4 hours and went back to the airport to fly to Taipei.

”Sorry sir. The plane is delayed”, says the pretty Filipina with the red mouth and the big almond shaped eyes when I check in. I was support to land at 12.45. I ended up landing at 2 pm. Four hours before mass lantern release.

Fortunately, the queue for immigration was only about a kilometer long. It kept twisting and turning and went on forever. Great timing. However, at the end of the queue many check in booths were open so after all I “only” queued for a little less than an hour. At 3 pm I am officially in Taiwan. Three hours before mass release. Maybe Oysterboy should have paid the USD 40 for a taxi but when I found out that a taxi – just like public transport – takes an hour I went for the public transport. The Airport Metro will finish in a couple of weeks and was not yet and option. Instead I had read on the internet that I could take a bus to Tayouan station and change there to the fast HSR train that would in just 20 minutes bring me to the Taipei Main Station. The bargain price for that would be only 6 USD.

“Take the bus from platform 5 or 7 to Tayouan and go from there with the train” a guy in the airport information I thought looked relatively sharp said.

Fortunately, a bus is already waiting at platform 5. It even says “Tayouan” on it. Promising. Only one old man is sitting in the bus. He says nothing when I ask if this is the bus to the Tayouan train station. The driver speaks no English. The old is very old with corduroy seats and everything. I (fortunately) choose to leave the bus. Outside I aks a young guy who is loading suitcases on to the platform 6 bus hoping he knows a little English.

“No I go bus to Tayouan Station. Then train” I say.

He looks at me like I was a retarded 100 year+ plus Chinese tourist dressed in safari clothes: ”You no understand. Taiwan not a station. Taiwan a country!”

(he he – try for yourself to pronounce Tayouan making it not sound as Taiwan..)

I get my iPhone out and show him where it says Tayouan HSR.

”Ahhh Tayouan High Speed Rail” says the now enlightent prodigy (and yes I was a bit tired and had not figured out that HSR of course stands for High Speed Rail which had been a better thing to ask for. ”Sorry. Sorry. You buy ticket window two then go platform 12”.

The correct bus is modern and twenty minutes later I am at Taiwan HSR station. Four minutes later I sit on a fast train that looks like a Japanese Shinkansen. It takes only twenty minutes to reach Taipei main station almost 50 kilometers away. By pure luck I find the right exit in the enormous Taipei main station and after having asked a few people for directions I find the little corridor leading to the elevator taking me to my somewhat hidden 7th floor “Here x There Hostel”.

I want to get to Pingxi right away but one of my articles in the Danish newspaper Berlingske Tidende has just come online so I make a quick link for my friends. Then my phone rings. It is me and my girlfriends 16th anniversary for the day we met, so I think it might be a good idea to answer it. I talk quickly to Charlotte and my son.

It hurts when I run back to the station. My feet still have bruises from snorkeling a few days ago in Palau. I have read that 80.000 people are going to the same mountain village at the same time. Fortunately Taiwan is very well organized so roads are closed to normal cars and only busses – and trains of course – are allowed access. I take a train to Ruifang. It takes almost an hour. I am then told to wait another half hour on the next local train that then would take another 40 minutes. Which means I will miss at least half of the mass lantern release..

Fortunately, I meet a nice American guy and his Taiwanese wife – they show me where to take a bus that leaves immediately. I run the last kilometer or so from the bus stop and arrive at the “Main event circle” at 6.30 pm only half an hour into the show.

Only to find out that it is so crowded that I cannot get in..

I squeeze through the crowd and find a guard. I tell him that I write for a danish newspaper and show him some of my articles on the internet. Luckily he lets me pass. Suddenly I am in the middle of everything with the participants ready for the next release. Except for a professional Belgian photographer, I am the only photographer there. Except for hundreds of Chinese photographers who have to stand in first row behind the red tape. The show is a running a little bit late so I get to see the last 7 of 8 lantern releases. Like Lonely Planet said – it is a mesmerizing sight. I even get offered to release a lantern myself or write blessings on other people’s lanterns.

After that I take a stroll through Pingxi old street where individual lanterns with wishes written on them are released. Every 30 minutes or so the train arrives in the narrow street with houses built on each side of the track. People jump aside not to get run over.

At midnight I return to Taipei main central. So exhausted I can hardly think. I take the wrong exit and end up walking for almost half an hour crossing two highway bridges to get to the right side of the station. I smile to myself thinking I am blessed that this happens now and not earlier on when I was under great time pressure.

In total I spend 5 days in Taiwan. I meet Danish chef Nikolaj Kirk who has just opened his restaurant HYG in the fancy S Hotel. After dinner we go to Raohe Street Night market and get a few beers. I take the High Speed Rail for a daytrip to Yunlin about 200 kilometers from Taipei. Here is the weeklong official lantern festival hosted by the state. The lanterns here are not released into the sky but are stationary lanterns that of course are lit at night. The area is 50 hectares and there are 3000 illuminated lanterns. Wild. There is free public Wi-Fi throughout the area.

I also go to the small town of Beitou in the outskirts of Taipei. I go to a mixed sex public bath with many elderly Taiwanese people. There are different pools with natural hot water at different temperatures. After a while unfortunately one of the locals working there finds out that my bathing shorts have pockets which happens to be very forbidden. So I have to leave a little early.

Sorry I am blabbering again. I am now back in Manila and write the end of this at the same rooftop terrace where my trip started what seems forever ago.

All my flights (except the one to Taipei) where on time and everything through 6 countries went according to plan. Apart from my brilliant Taiwan experiences I got to meet the strange existences at the Flame Tree Bar in the Marshall Islands and to tell some of their stories. I got into Nauru – the worlds least visited country. I met some of the refugees there and borrowed the afghan baker Ali Rizas little scooter on which I roamed the island. I also got to see the special and very traditional sports festival on the country’s independence day. I drove around most of Palau in a 4WD and got to snorkel with a reef shark and over the wreck of an American fighter plane. In Micronesia I met some of the friendliest people I have ever met, I got to see the “Venice of the Pacific” and met a chief with whom I drank the local drink “sakau”. To top that up I even met the president of Micronesia.

Now I look very much forward to return home to my wonderful kids and my fabulous girlfriend – who (yet again) was nice enough to let me roam independently for almost 4 weeks – thanks honey.

Back to work on Monday – thanks for following.