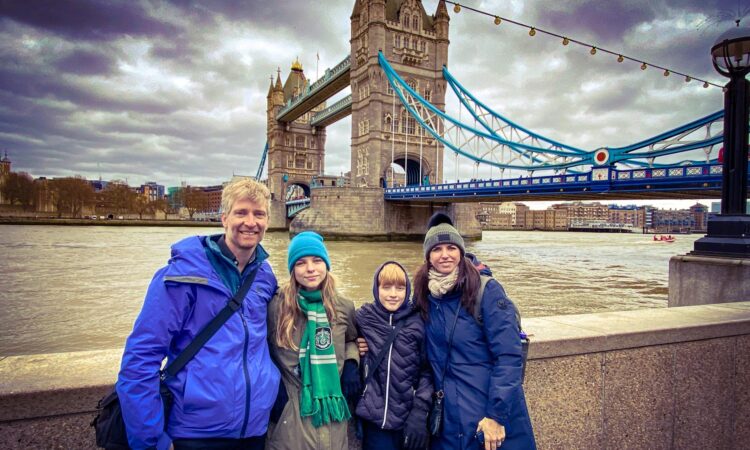 Pics from our short 2022 winter holiday in London – including:

Check the photos in the album below.

Harry Potter Studio Tour – Leavesden, UK – Interesting facts:
• TripAdvisor has reported the tour to be the highest rated attraction world-wide since it opened in 2012
• Basically though ‘it’s just a museum’ ie. there are info screens, posters, requisites and (superb) film set locations to watch but no theme park rides (since Warner Bros sold the theme park rights to Universal Studios)
• Tickets are a steep: GBP 49,95 adult, GBP 39,95 child or GBP 159 Family (2+2). (perhaps this is the most expensive museum in the world?)
• Originally the site was an important centre for aircraft production during World War II. By the end of the war Leavesden Airfield was, by volume, the largest factory in the world. Later the site was acquired by Rolls-Royce.
• In the 1990s the buildings were leased (by Eon) to use as film studios and James Bond “Goldeneye”, Star Wars “The Phantom Meanace” etc were filmed here.
• From 2000-2010 all eight Harry Potter films were recorded (by Heyday Films/Warner Bros) in these studios.
• It takes almost two hours to get to the studios from central London with public transport (tube, train, bus).
• If you (like me) are not the biggest Harry Potter fan in the world you may think that the 3,5 hours most people use on the tour is a little too long – and that the 10-12 souvenir shops you will find along the way are a few too many… hehe – but it’s still nice and a great place for photography and Ava, Jonas and Charlotte who are big Harry Potter fans were pretty happy