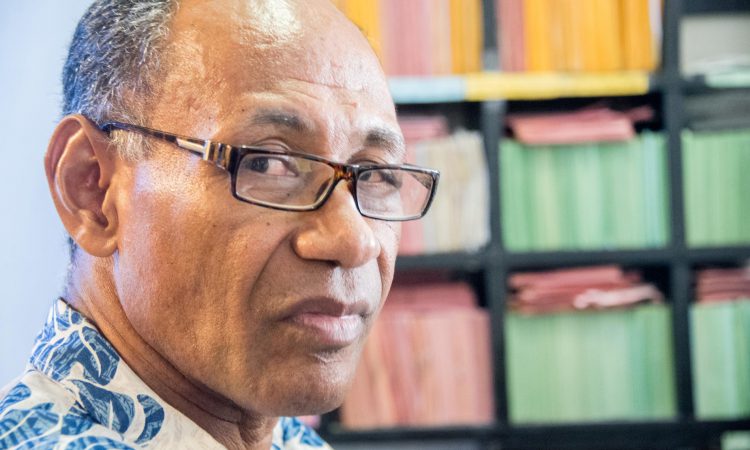 People of the Pacific

” I was the one she was close with when she was little”, says Isaac, “It is strange it could end like this”.

I meet Isaac in the bar named “Flame Tree” adjacent to my hotel. Isaac is a calm good-natured guy aged 59.

A modest compensation one could argue for bombs that massively contaminated several islands radioactively, expelled islanders for up to 50 years and made many seriously ill (some islands have been made uninhabitable for 300 years but those islands where not inhabited at the time of the nuclear testing).

It is immigration aid programs like these Isaacs children have used. The two oldest both went to America and joined the army. Isaacs daughter was then sent to Iraq.” But when she came back her head was not right”, Isaac tells me.

Isaac is not completely sure but he thinks his daughter will be staying 16 years in jail.

During day she may exit the prison. But every night she has to come back.

Never again can she see her daughter.

Isaac and his wife flew to America. “The lawyers start at a 100 dollars an hour” Isaac says “so it was pretty important to try to settle things ourselves with the in laws.” But he did not like them. And he did not trust them.

But Isaacs granddaughter was too sick to fly. Her brain had been damaged. “We didn’t even know if she was going to live” says Isaac in a strangely calm and unaffected voice.

The next time Isaac and his wife came to America their granddaughter was fortunately feeling a lot better.

Today she is 8 years old. She goes to school in Majuro, the capital of Marshall Islands. She has recovered and lives a close to normal life.

“I am just an old man” says Isaac. “My wife and I just wanted to live a quiet life. And then suddenly we had another child in our home. But I couldn’t let her grow up with a man I did not trust. And who wasn’t even her real father. This is the best solution for everyone.”

“And what is most important. She is doing well. We will all be alright”